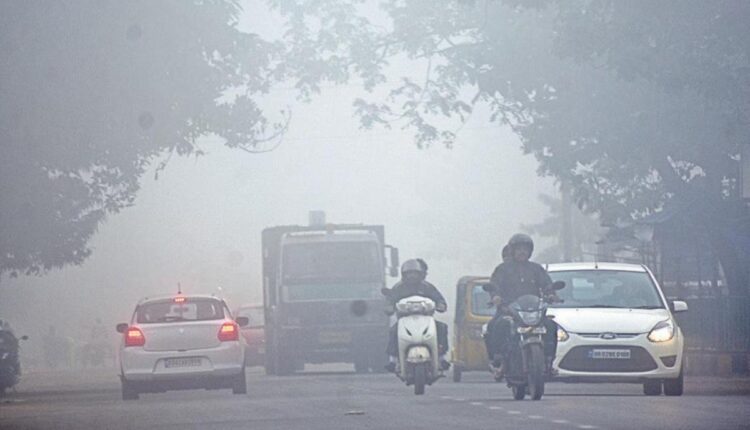 Bhubaneswar: A thick blanket of dense fog engulfed several parts of Odisha including the Twin Cities of Cuttack and Bhubaneswar on Sunday.

Following which, the visibility reduced below 200 metres in State capital affecting vehicular movement on the national highway severely.

Similar fog conditions prevailed in Balasore and Bhadrak district which affected the road and rail traffic.

The Met Centre in its latest bulletin yesterday evening had predicted that dry weather is expected to prevail over the districts of Odisha till December 16. However, fog condition will continue till tomorrow.