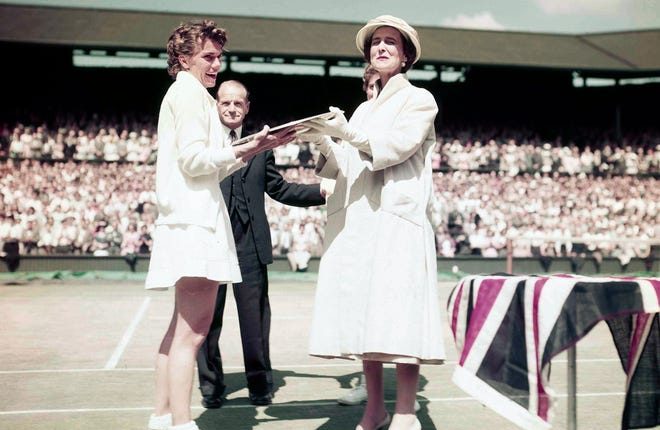 Naples: Tennis Hall of Famer Shirley Fry Irvin, who won three consecutive major titles in the 1950s to complete a career Grand Slam, has passed away. She was 94.

Shirley Fry won her first Grand Slam singles title at the French Open in 1951, when she beat her friend and doubles partner Doris Hart.

She came out of retirement at age 28 in 1956 when she was invited to represent the United States in the Wightman Cup. She then won three consecutive major titles — Wimbledon and the US Championships that year, and the Australian Championships in 1957, before retiring.

Fry also won 13 Grand Slam doubles titles. From 1946 to 1956, she finished the year ranked in the top 10 nine times.Fry grew up in Akron, Ohio, and in 1941, at age 14, she made the first of 16 consecutive appearances at the U.S. National Championships. She’s one of 10 women to win singles titles at all four major championships.