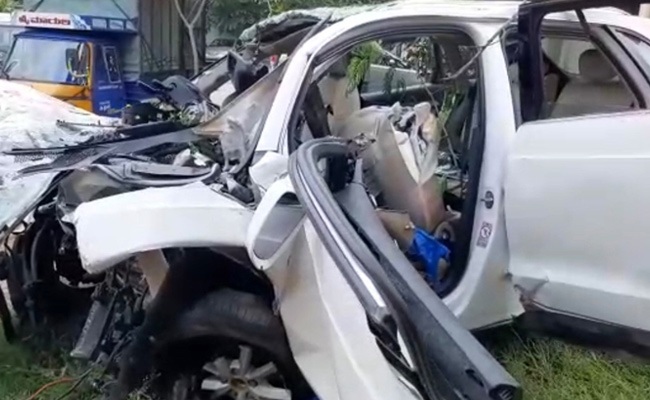 Bengaluru: Seven persons, including the son of DMK MLA Y Prakash, were killed after the car they were travelling in rammed into a road divider in Bengaluru’s Koramangala on Tuesday, police said.

According to reports, three women were among the seven killed in a road crash.

According to police, the speeding car carrying seven people lost control around 1:45 am and hit a bollard before crashing into the boundary wall of a house. While six of the victims died on the spot, the seventh died on the way to a hospital.

The car was completely mangled in the accident, said the police.

As per the preliminary investigation, this is a case of over-speeding and negligent driving. We will know if the driver was under the influence of alcohol after post-mortem, the official added.