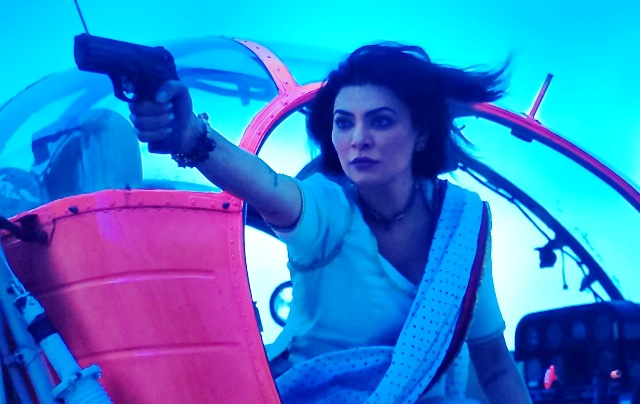 Bollywood actor and former Miss Universe Sushmita Sen is elated on being conferred the International Association of Working Women Award for an outstanding performance by a female actor in a TV series for her show ‘Aarya 2’ on Disney+ Hotstar.

The award is presented by the DC South Asian Film Festival. The actress credited the team of ‘Aarya’ for working tirelessly for the show that is now gaining global recognition.

An ecstatic Sushmita said, “I am overwhelmed with all the love and appreciation being showered on Aarya 2. The entire team has worked strenuously to put together a work of art that would be loved by everyone. It’s euphoric to win the International Association of Working Women Award for an outstanding performance by a female actor in a television series. I would like to thank the organizers of DC South Asian Film Festival for bestowing this honour on me and the entire team. This is surreal!”

Aarya is back, and this time the claws are out for good! After the smashing success of the first season, Disney+ Hotstar is back with another power-packed and riveting season of the International Emmy nominated Hotstar Specials, Aarya to impress everyone.

India, Sri Lanka Amp Up Collaboration In Science And Technology