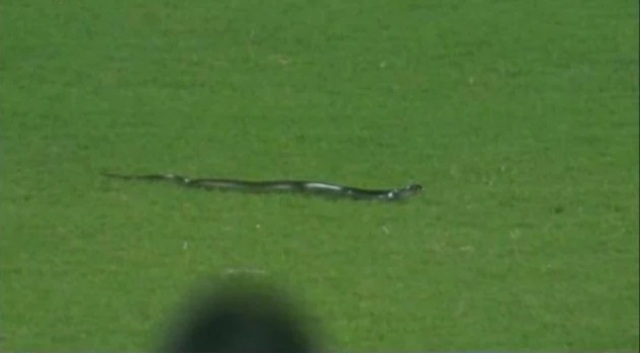 Guwahati: The second T20I between India and South Africa had to be stopped after a snake invaded the cricket field. However, the match was resumed after a couple of minutes.

While there were expectations of rain during the match, it was the snake who took the all highlights in the seventh over of India’s innings as the match was put on hold temporarily.

During the match, a couple of South African players pointed it out to KL Rahul and the on-field umpires. The ground staff then rushed in with the necessary equipment and sorted the problem in a couple of minutes. The players, meanwhile, took unofficial drinks to break.

The incident took place during the starting of the seventh over of the innings. Talking about the match, South Africa skipper Temba Bavuma won the toss and opted to field against India in the second game of the three-match T20I series here at Barsapara Cricket Stadium, Guwahati on Sunday.