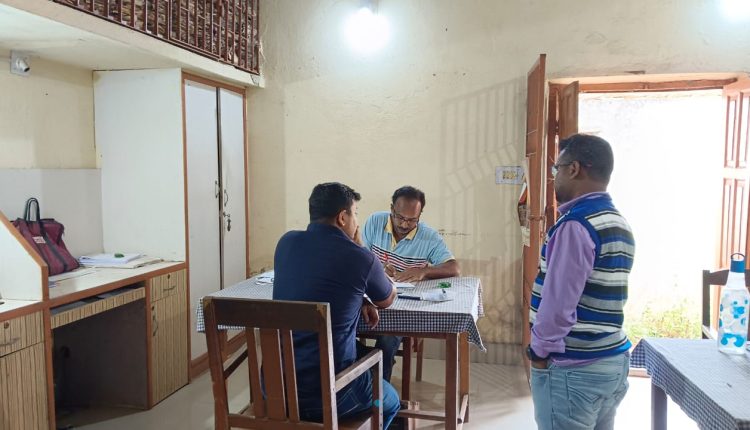 The accused has been identified as Manoj Kumar Das.

According to reports, anti-graft officials carried out searches at seven places including Das’s government office and his paternal house in the district.