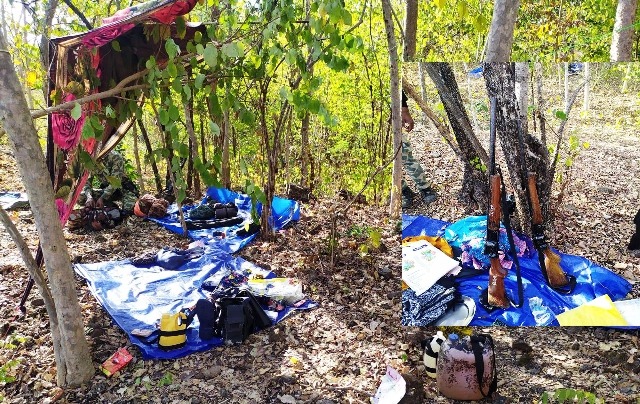 Bhubaneswar: An exchange of fire took place between security forces and Maoists Monday afternoon. However, the red rebels escaped and the police recovered arms and other articles from their camp.

As per a press note released by the Odisha Police State Headquarters, an operation was launched by composite team of SOG and DVF jawans basing on specific and credible information regarding movement of a group (10-15) of armed CPI (Maoist) cadres in Bender 1 Reserve Forest area under Belpada PS of Bolangir District and their plan to carry out attacks.

“Today, i.e. on 01.02.2021 at about 2.45 PM, the operational teams came under heavy fire from the CPI (Maoist) cadres, which led to exchange of fire. Maoists managed to escape taking cover of the terrain. Two 12 bore guns, three radio sets, solar light and other camp articles have been recovered from the Maoist camp,” the press note stated.