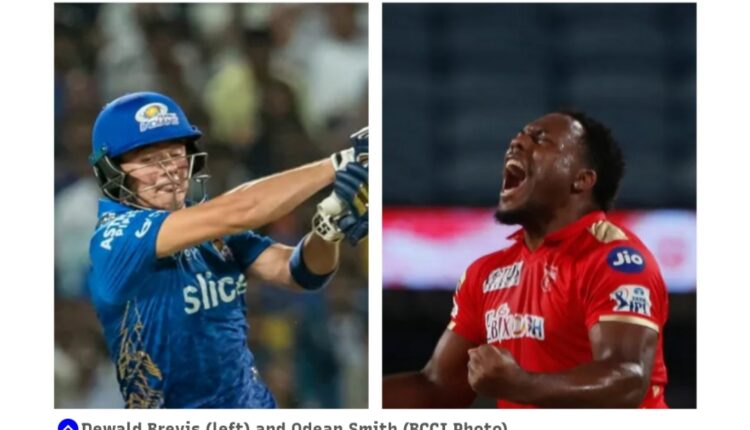 Pune: Defending 198, Punjab Kings bowlers stopped Mumbai Indians to 186/9 to register a 12-run victory at the MCA stadium in Pune. It was the third victory for Punjab in five games, and Mumbai suffered their fifth defeat in as many games.

The Rohit Sharma-led side would be hoping to put an end to the string of defeats it has incurred so far this season as they gear up for their 6th match of the campaign against Lucknow Super Giants. The fixture will be held on Saturday.

Opting to bowl first, Mumbai let Shikhar Dhawan and Mayank Agarwal dictate the play. They put on 97 runs for the opening wicket in just 9 overs before Agarwal fell after a well-made 52 off 32 balls.

In response, Mumbai was off to a good start with the skipper, Rohit Sharma looking in fine touch. He raced away to 28 before being done in Kagiso Rabada. Dewald Brevis and Tilak Varma combined for the 3rd wicket and put up a masterclass.

Brevis smashed 28 runs off Rahul Chahar’s over, hitting 4 sixes in a row. Unfortunately, his dismissal triggered an all too familiar collapse. It was left to Suryakumar Yadav to take Mumbai home but there was only so much he could do.

Odean Smith took 4/30 while Rabada contributed with figures of 2/29. With the win, Punjab moves to 3rd place on the points table with 3 wins and 2 losses in five matches.