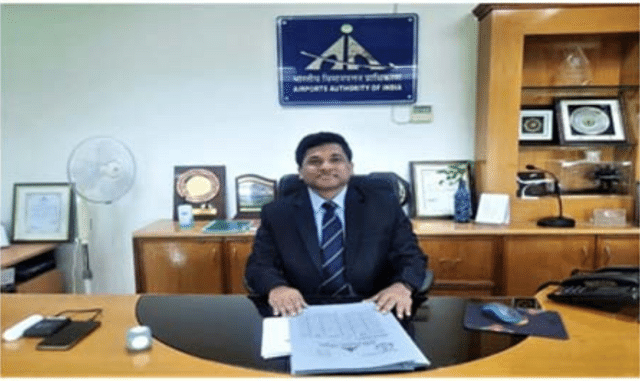 In his new role as the BPIA Director, Mr Pradhan is tasked with the responsibility of management, up-gradation and development of the Bhubaneswar airport. He is also entrusted with the provision of passenger facilities at this Airport and the management of other allied Infrastructure and Services including the development of Airside.

Before joining Bhubaneswar airport, Mr Pradhan was part of the Corporate Headquarters team in Delhi as General Manager (Admin).

An Engineering Graduate, Mr Prasanna Pradhan has vast experience in the field of air traffic management, aviation economics, ICAO standards and recommended practices. He has conceptualised and contributed to the development of Airport Information Management systems all over Indian Airports and Airspace.

He has also contributed significantly to the expansion of the aviation road map in India by being part of various committees made by the Ministry of Civil Aviation like the Naresh Chandra Committee, Ajay Prasad committee and Ashok Chawla Committee.

Apart from this, he has also served at various airports like New Delhi, Guwahati and Khajuraho. Mr Pradhan has also successfully completed the International Airport Professional (IAP) program, a designation whose holders are recognized by Airport Council International (ACI) and the International Civil Aviation Organization (ICAO) as having achieved highly rigorous standards for expertise in the field of airport management

Russia’s Relations With Helsinki & Stockholm Would Go Sour If They Join NATO: Putin