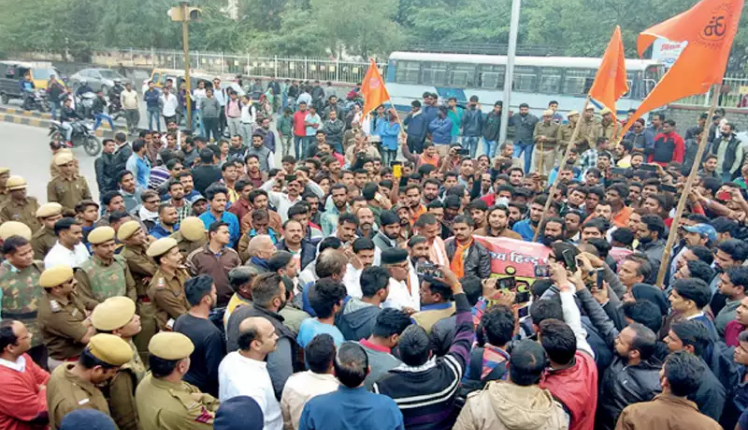 Udaipur: Thousands of people on Thursday took part in a protest rally here against the gruesome murder of tailor Kanhaiya Lal under the ‘Sarv Hindu Samaj’ rally called by Hindu organisations.

Meanwhile, the markets remained closed in most parts of Jaipur on Thursday following a bandh call given by a traders’ body and the Vishwa Hindu Parishad to protest the brutal killing of a tailor in Udaipur.

Elaborate security arrangements have been made in view of the bandh, officials said, adding that emergency services are exempted.

The protests were to be held peacefully from the Town Hall to the collectorate with the permission of the district administration, though some of the protesters were heard raising slogans in support of the Hindu religion, while some were also spotted carrying saffron flags.

Additional DG Dinesh MN, who is camping in the city, confirmed that the march was being carried out with permission, while the curfew was relaxed on the route of the march.

The tailor was attacked Tuesday afternoon by two men who posted a video of the brutal attack with a cleaver on social media and claimed that they had avenged an insult to Islam. The Centre and the state government have termed the Udaipur murder as a terror incident.