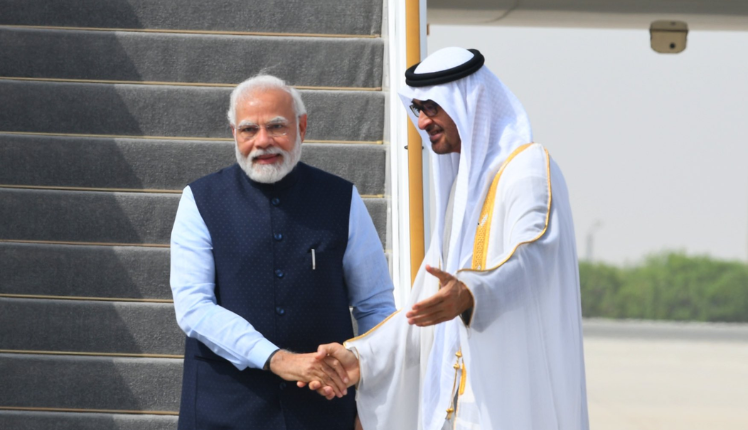 Both leaders reiterated their commitment to further deepen and diversify the India-UAE Comprehensive Strategic Partnership.  Prime Minister has emplaned for Delhi after concluding his visit to UAE.

Earlier, Mr Modi reached Abu Dhabi in the United Arab Emirates this afternoon after attending the G-7 Summit in Germany. He was received by the President of UAE. Prime Minister said, he was touched by the special gesture of Sheikh Mohamed bin Zayed Al Nahyan of welcoming him at Abu Dhabi airport.

Earlier in a tweet, Mr Modi said, he had a productive visit to Germany in which he attended the G-7 Summit, interacted with several world leaders and participated in a memorable community programme in Munich. He added that the leaders were able to discuss many issues aimed at furthering global well-being and prosperity.