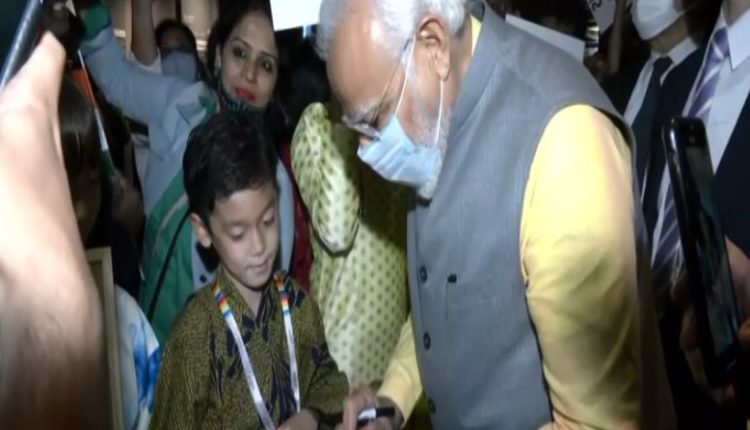 Tokyo: Prime Minister Narendra Modi, who arrived in Tokyo for a two-day visit, on Monday morning interacted with children here waiting to welcome him outside the Hotel New Otani.

PM Modi also interacted with one of the kids present there and signed an autograph for him. ‘Waah! Where did you learn Hindi from’ You know it pretty well,” PM Modi told the kid who was awaiting his autograph with other Indian kids on his arrival at the hotel.

Earlier this morning, Prime Minister Narendra Modi arrived in Tokyo to participate in the Quad summit on May 24 at the invitation of Japanese Prime Minister Fumio Kishida.

After landing in Tokyo, the Prime Minister tweeted, “Landed in Tokyo. Will be taking part in various programmes during this visit including the Quad Summit, meeting fellow Quad leaders, interacting with Japanese business leaders and the vibrant Indian diaspora.”