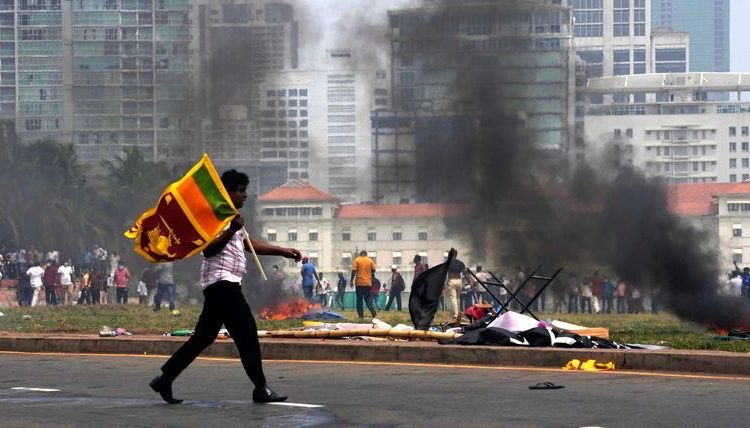 Colombo: As the authorities try to bring order back to the Island nation hit by a streak of violence amid the ongoing economic crisis, over 200 people have been arrested in Sri Lanka on various charges including violation of curfew, attacking the public and causing damages to public and private properties.

Some 230 people have been arrested, with 68 of them remanded, Sri Lanka’s Daily Mirror reported Police spokesperson Senior Superintendent of Police (SSP) Nihal Thalduwa as saying.

The police forces also publicly released pictures of several people and sought public assistance to identify and arrest them for “indulging in violent attacks on unarmed, peaceful protesters at Galle Face and Kollupitiya on May 9,” Daily Mirror reported.

The island nation saw a series of violent incidents including the burning of houses of several parliamentarians and former Prime Minister Mahinda Rajapaksa after a clash between a pro-government group and anti-government protestors near the residence of the Prime Minister of Sri Lanka.