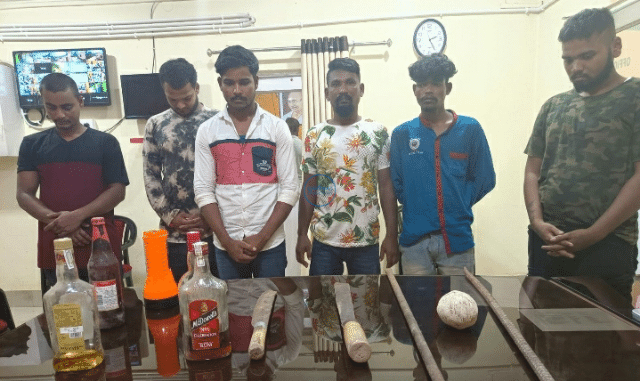 According to police, a gang of robbers armed with deadly weapons had assembled near Pathara Chowk at Bhaktsalebeg Nagar under Gopalpur PS limits late on Saturday night.

They were hatching a plan to loot petrol pump, showroom and eateries (dhaba) on the national highway when the police team apprehended them, the police said.

“During the raid, one crude bomb, swords, iron rods and other items were seized from them and all the accused, have been forwarded to the court today,” said IIC Srikanti Khamari.

SDPO Shiba Shankar Mohapatra said a case (85/22) has been registered in this regard and further investigation is underway.