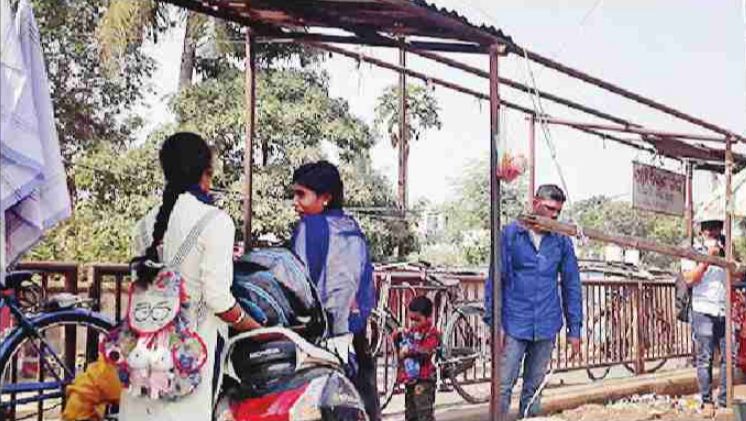 Cuttack: While as many as two years passed since the super cyclone FANI ravaged Odisha along with the Silver City of Cuttack, the bus shelter situated on NH-16 in OMP Chak remained unfixed.

Reportedly, the passenger shed, that is roofless and in poor condition, forced commuters to brave the sun and wind while they wait for the bus. Reportedly, Passengers rely on this bus shelter as most of the buses pass through this route.

On the other hand, due to lack of drinking water facilities, the commuters and the passengers have to spend money for buying bottled water. Lack of toilets also surfaced as a matter of concern for the commuters.

“The bus shelter is unfixed for the past two years. Though we collected some money to put a roof on it, as it is broken, the passengers have to wait for the bus in the rain. The administration should attend to it so the passengers will be benefitted,” said Rajnath Singh, Stand Supervisor.

”Many people wait for the bus at this bus shelter but it remained broken due to which the passengers have to face a tough time,” said Sujogya Samantray, local.

“For the past few years, the conditions of the bus shelter remained grim. On the other hand, this passenger shed does not have drinking water and toilet facilities,” said Chandrashekhar Panda, a student.