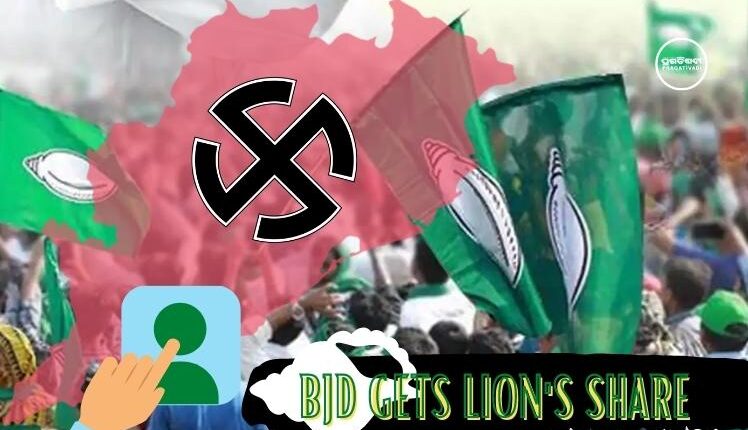 The counting of the votes for 108 Odisha Municipal Corporations/NACs has almost been completed. As per the reported result, Biju Janata Dal (BJD) has got the majority in 95 ULB councils.

BJP remained distant second with 6 while Congress and other candidates take away 4 and 3 ULB councils respectively.

As per the State Election Commission, 65 per cent of voters turned out to cast their franchise and decide the fate of 6411 candidates.

Another 60 COVID-19 patients recover in Odisha

Cabinet Approves Extension Of PM-GKAY For Another 6 Months