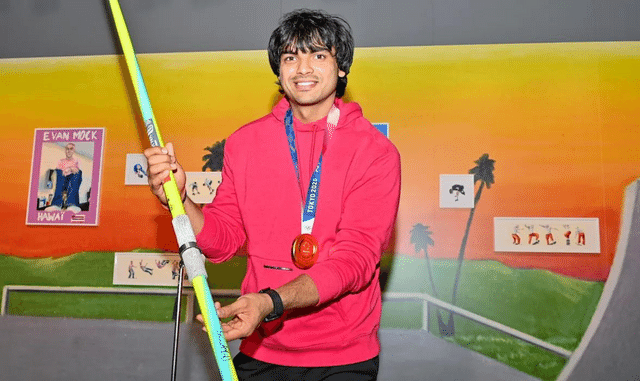 To inspire a future generation of athletes, India’s track and field star Neeraj Chopra gifted the javelin he used to win the gold medal at Tokyo 2020 to the Olympic Museum in Lausanne, Switzerland on Saturday.

The Olympic Museum is an inherited collection that is aimed at securing the Olympic legacy. It has a rich collection of 120 years and is managed by the International Olympic Committee’s Heritage management team.

Neeraj Chopra’s javelin will join Abhinav Bindra’s gold medal-winning rifle from Beijing 2008 in the Olympic heritage collection. Both the Indian Olympic gold medallists were present at the Olympic Museum and shared the iconic moment.