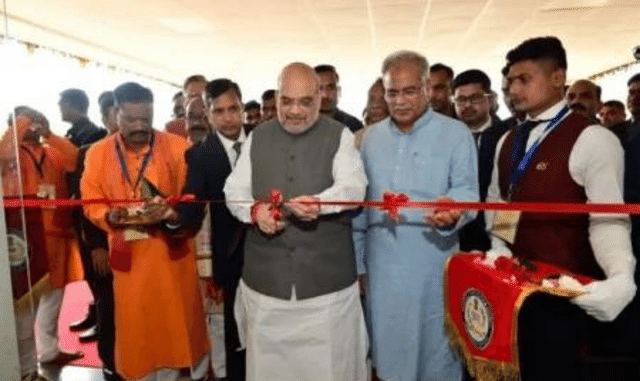 Speaking at the event, Mr. Shah said, the government has a zero-tolerance policy toward left-wing extremism and terrorism. He said, the Centre has empowered NIA and expanded its scope to other countries as well.

During his stay in Raipur, Mr. Shah will also deliver a speech at the Pandit Deendayal Upadhyay Auditorium, on a book — Modi@20: Dreams Meet Delivery. The book is a collection of articles written by experts.

He will chair a meeting of BJP leaders at the party’s state office Kushabhau Thakre Parisar in Raipur.