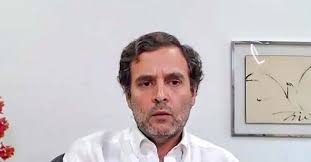 Gandhi tweeted that Modi government is compelling the central agencies to dance on its tunes. He alleged that the Centre is carrying out raids on those speaking against its policies.

The Congress leader’s attack came a day after the Income Tax Department conducted raids at the properties of film director Anurag Kashyap and actor Taapsee Pannu in Mumbai.

Both Pannu and Kashyap were outspoken and critical of the policies of BJP-led government at the Centre. They have also extended support to the farmers protesting against the three new farm laws.

The Rashtriya Janata Dal (RJD) leader Tejashwi Yadav had also slammed the Central government over the raids dubbing it as a “political vendetta”.