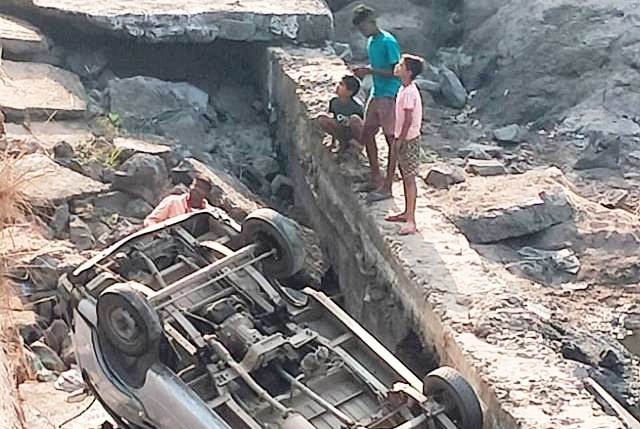 Jharsuguda: Badamal Police have rescued seven workers and sent them to the hospital after a microvan, they were travelling in, overturned at Bhagipali nullah on Saturday.

When asked about the incident, Badmal Police Station Officer-In-Charge (OIC) said that all the injured were rescued and admitted to the District Headquarters Hospital (DHH) here.

Police sources said those injured were the workers of a private construction company who were going to Bhurkamunda in a Tata Magic microvan when the accident took place near Bhagipali nullah.

The driver of the vehicle probably lost control over the wheels, as a result, which the vehicle turned turtle and landed in the nullah, the police said and added that the health condition of all the injured workers is improving.

Spoken English For Class I Students Of Govt Schools From This Year: Odisha S&ME Minister