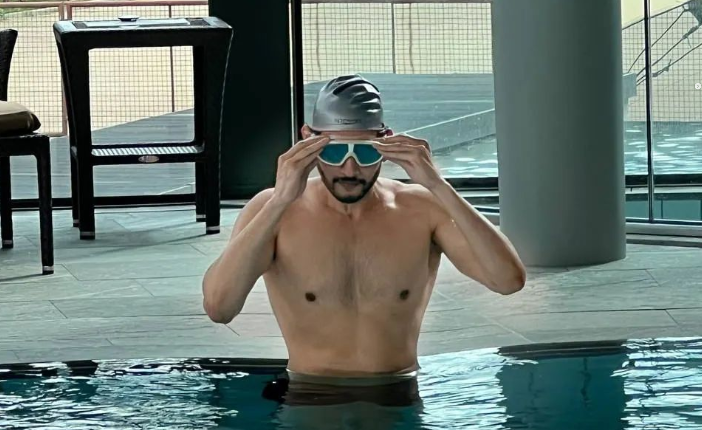 New Delhi: Namrata Shirodkar took to her Instagram to share a pool picture of her hubby. Superstar Mahesh Babu show off his chiselled body inside the pool.

While sharing the picture, she wrote, “Some Saturday mornings are like these….,” followed by hashtag #toocoolforthepool.

On the work front, MB has a Trivikram film, co-starring Pooja Hegde. The film will hit theatres in April 2023. Besides this, he also has a film with SS Rajamouli, which is currently under discussion. The much-awaited film could be based on African Jungle Adventure, however, the project is still under discussion.

Spice Up Your Weekend With Mouth Watering Tandoori Prawns