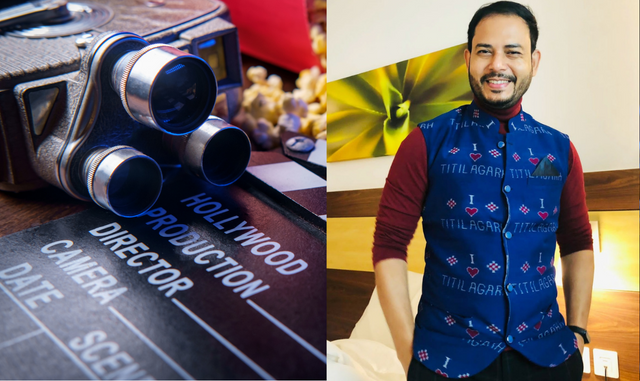 Started in 1969 Ale Kino! International Young Audience Film Festival has been one of the oldest festivals in its category, held every year in Poznan city of Poland. This year the 40th– Ruby jubilee edition of the festival is scheduled from 1 -7 October, whereas the one of the largestSchlingel International Film Festival will be celebrating its 27th edition from 8-15 October in Chemnitz city of Germany and one of the leading educational film festival in

Europe MICE will have its 10th-anniversary edition this month.

“It’s indeed a great privilege and opportunity to attend three most credible film festivals in the same month that to as a Juror, I will get a unique chance to watch more than 30 handpicked, latest films from across the world, from different genres and categories altogether. These are unique prospects for me to experience the best of world cinema at the same time exchange ideas among the global industry leaders and implement them in our own endeavours. I would like to thank all the festival organizers and directors of the respective festivals Jerzy Moszkowicz, Michael Harbauer and Joep Arbiol for this honour, also grateful to the management of Smile Foundation for their continued support and encouragement” said Jitendra on this occasion.

Born in Titilagarh of Bolangir district, Jitendra Mishra is one of the few Indian film producers and promoters who have been able to create a benchmark in ‘Alternative methods of Film Production, Distribution and Promotion’ at the international level. Committed to meaningful cinemas, Jitendra has already been associated with the production, distribution and promotion of more than 110 films in various categories in different capacities. Awarded with multiple national and international awards Jitendra has been the festival director of the one-of-a-kind children and youth festival ‘SIFFCY – an initiative of India’s leading development organization Smile Foundation’ since its inception and is current elected president of one of the world’s largest and oldest global network of media professionals – CIFEJ that was formed under the auspices of UNESCO in 1955, Jitendra has been representing SIFFCY at CIFEJ since the beginning. His initiative ‘CineOdisha’ to support and promote timeless cinema from Odisha has been extensively appreciated globally, the second edition of ‘CineOdisha’ was held in Manchester, United Kingdom during OSUK 43rd annual convention recently. Jitendra has already been invited as Jury to more than 50 different international film festivals and forums so far.