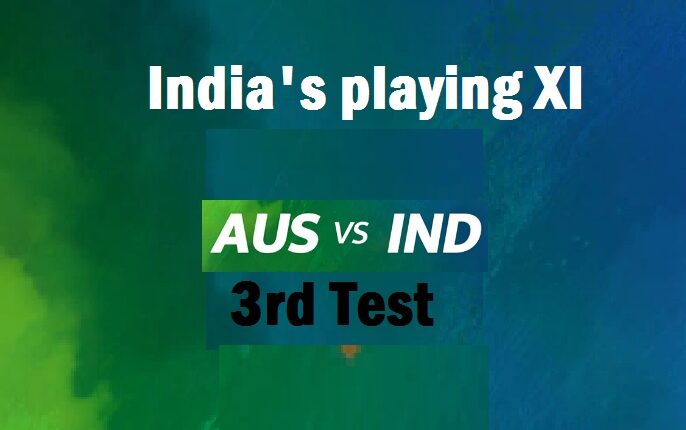 Sydney: India announced their playing XI for the all-important encounter against Australia which begins on Thursday at the Sydney Cricket Ground.

With this, Rohit Sharma will walk out to open the batting with Shubman Gill and young Navdeep Saini will make his debut in the third Test against Australia.

Mayank Agarwal, who failed to garner significant scores in the first two Tests, will forcibly sit out as Rohit got a spot.

Saini, on the other hand, replaced Umesh Yadav in India’s playing XI. Yadav picked up an injury during the second innings of the Boxing Day Test in Melbourne.

India also kept spin duo of Ravichandran Ashwin and Ravindra Jadeja who shared a total of 8 wickets at the MCG, which India won by 8 wickets, with themselves.

NEWS – #TeamIndia announce Playing XI for the 3rd Test against Australia at the SCG.

Navdeep Saini is all set to make his debut.#AUSvIND pic.twitter.com/lCZNGda8UD

Ward No 3 of CDA satellite city hit by poor facilities