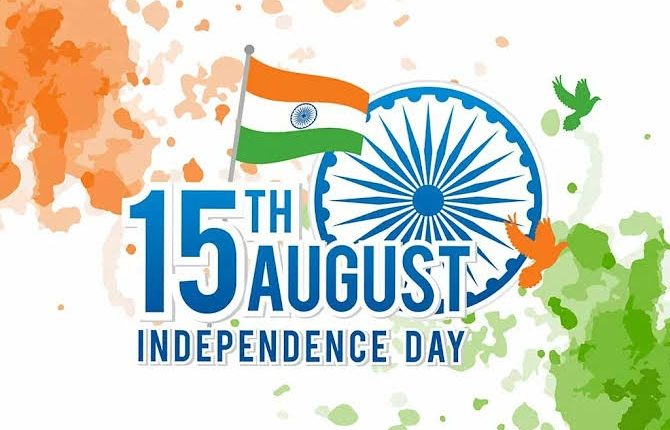 New Delhi: On August 15, 1947, India achieved independence from British colonisation. The day holds national pride and honour in the heart of every Indian citizen living in India and abroad as on this day, the nation secured full autonomy from the British.

Marking the historic day in 1947, was the first Prime Minister of Independent India Jawaharlal Nehru, who delivered a speech saying, “At the stroke of the midnight hour, when the world sleeps, India will awake to life and freedom.” Hoisting the Indian national flag on the Lahori Gate of Red Fort in Delhi, these words aptly captured the struggle and happiness of newly-independent India as it finally managed to free itself from the clutches of British rule.

Since then, every year, August 15 is celebrated with much fervour throughout the country with flag-hoisting ceremonies, drills, cultural events, and the singing of the Indian National Anthem.

For nearly 200 years, Britishers ruled India. Every Indian’s life was difficult and depressing during British colonial rule. Indians were treated as slaves with no freedom of expression. Indian rulers were nothing more than puppets in the hands of British officers. Indian fighters were treated cruelly in British camps, and farmers went hungry because they couldn’t grow crops and had to pay high land taxes.

Indian freedom fighters such as Mahatma Gandhi, Bhagat Singh, Chandrashekhar Azad, Netaji Subhas Chandra Bose, Sardar Vallabhbhai Patel, and others launched numerous movements that helped break the shackles of slavery after 90 years. From the Revolt of 1857 to the Sepoy Mutiny, many movements set the tone for the fight against Britishers. On this special day, the people of India remember the selfless sacrifices and unrivalled contributions of great men and women in achieving India’s independence.

Independence Day is a special ocassion for the country because it marks the end of British rule. It brings together people from all over the country. This day is marked as a national holiday with people celebrating it whole heartdely. For the first time, Prime Minister Jawaharlal Nehru raised the tricolour from the Red Fort in Delhi. Following that, on Independence Day every year, the elected Prime Minister hoists the national flag at the Red Fort, followed by an address to the nation.