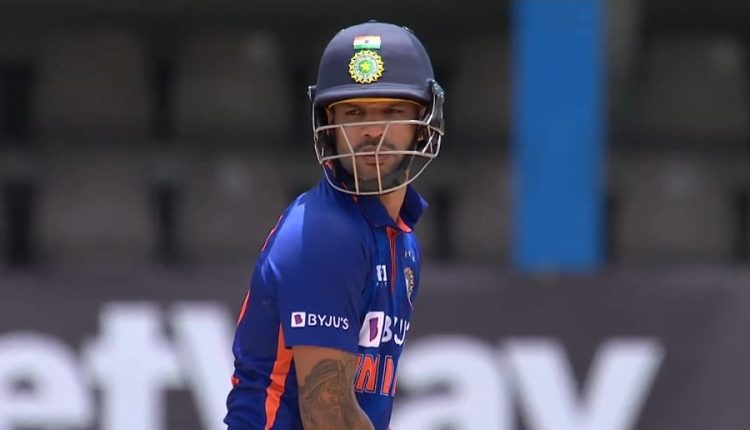 Port of Spain: A brilliant knock from Shikhar Dhawan followed by an all-round bowling performance ensured a thrilling three-run win over the hosts West Indies in the first ODI at Port of Spain.

Post the game, Team India skipper Shikhar Dhawan, who scored 97 off 99, said he enjoyed his batting despite missing the three-figure mark by three runs.

“It was disappointing but grateful for 97. I enjoyed it. It was difficult as it was holding a bit and turning. When Shubman, Shreyas and I were batting, we wanted to go big and make it easy for the youngsters,” said Dhawan during the post-match presentation.

Dhawan further credited the team for holding their nerves and sealing off the tight contest.

“We had nerves as we didn’t expect them to come this close. Fine leg went back and two three boundaries were stopped there which helped. We thought of using the bigger side, we gave doubles to the fine leg. One of them should have been a run out but not everyday is a perfect day. We have to get better,” Dhawan said.

Cut Down Your Butt Fats With These Easy Yet Effective Exercises

Google sacks techie who claimed its AI chatbot is sentient