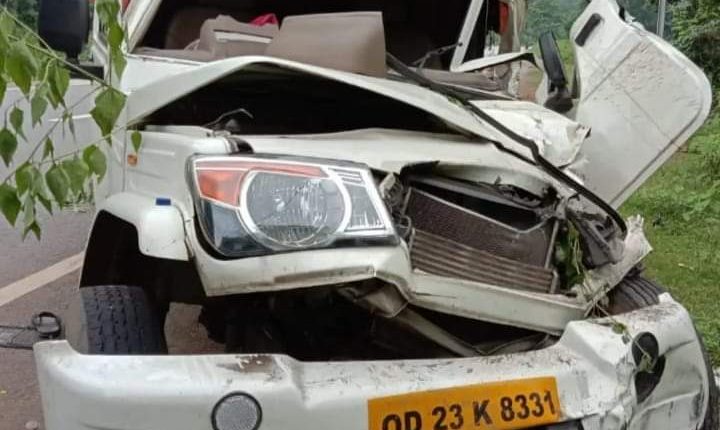 Five injured as vehicle dashes into truck in Nayagarh

Nayagarh: As many as five persons were injured after a four-wheeler vehicle dashed into the rear of a truck near Shalbhanga forest under Dasapalla block in Nayagarh district today.

According to reports,  the vehicle was en route to Balugaon from Jharsuguda on the Khordha-Balangir National Highway 57 with the driver lost balance and hit a truck from behind. The collision was so intense that the vehicle was completely mangled leaving five persons injured.

The injured were rescued and rushed to Dasapalla Hospital in a 108 ambulance. Of the injured, two critically hurt victims have been sent to the Nayagarh hospital for treatment, sources said.

On the other hand, Dasapalla Police have seized the ill-fated vehicle and initiated an investigation in this regard.