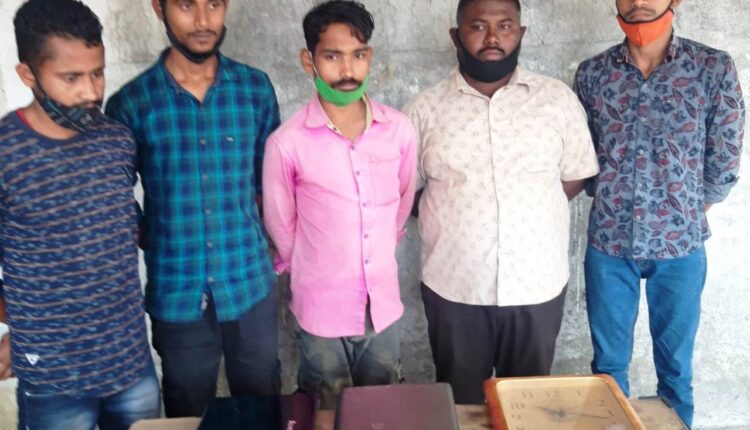 Five Held For Theft In Durlaga UP School In Jharsuguda

Jharsuguda: As many as five persons were arrested for allegedly stealing valuables from Durlaga Upper Primary School in Jharsuguda district.

On 16 March, miscreants had stolen seven computers, two laptops, two gas cylinders from a Durlaga Upper Primary School. The authorities of the Durlaga UP School lodged a written complaint with the local police station.

On the basis of the FIR, police had registered a case (86/21) and launched a probe. After pertinent efforts, the cops managed to nab the accused persons and forwarded them to court.

A minor boy, who was found to be involved in the theft, has been sent to a Juvenile Correctional Home, the cops said and added that the stolen valuables, estimated to worth around Rs 4.1 lakh, were recovered from their possession.