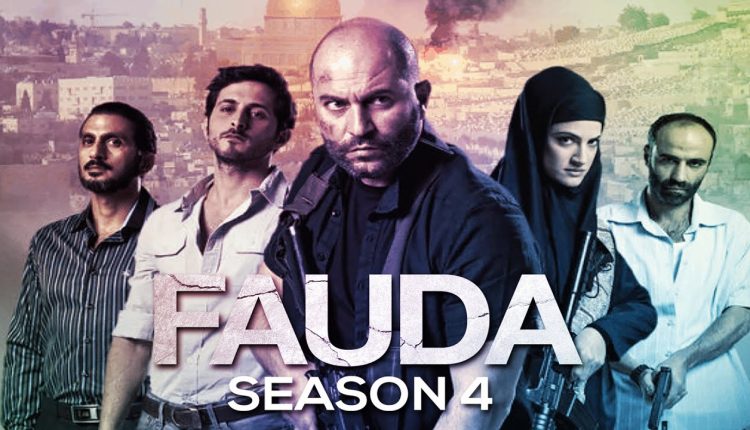 Fauda S4 To Premiere At International Film Festival Of India

New Delhi: Fauda S4 will premiere at the 53rd International Film Festival of India (IFFI). The series which launches globally on Netflix in 2023, will have its premiere at the festival in a star studded gala event on Sunday, November 27th.

Creators and Executive Producers Lior Raz and Avi Issacharoff will travel to IFFI for the premiere with episode 1.

Creators and Executive Producers Lior Raz and Avi Isaacharoff said: “We’re so excited to come to India for the Asian premiere of Fauda Season 4. It’s incredible that this story has resonated so strongly with fans in India and we really appreciate all the love and support over the last four seasons. We can’t wait to see the reaction for Season 4.”

While appreciating the initiative, Minister of Information and Broadcasting, Government Of India, Mr. Anurag Thakur, said,” There’s no secret to making an artistic endeavour successful. At the International Film Festival of India (IFFI), unique stories in diverse languages, from all regions, ethnicity, and cultures are honoured and celebrated. With OTT coming forward to premiere and feature their content at the festival, our endeavour to offer fresh narratives, creative ideas and new perspectives into the world bear fruits. We have an effective audio-visual treaty with Israel and that makes us more than happy to host the internationally renowned stars of the region at the 53rd IFFI this year!”

Fauda Season 4 sees the story move beyond Israel where Doron (Lior Raz) is in pursuit of a threat that has him crossing continents in his most dangerous mission yet.

India is one of the top 20 countries where Israeli content is most watched by Netflix members, and Israeli stories are globally popular with 90% of viewers Fauda (S1-S3) coming from outside Israel.

Lior Raz and Avi Issacharoff will also take part in a fireside chat on “Storytelling in The Era of Global Entertainment” with actor Rajkumar Rao most recently seen in Netflix film Monica, O My Darling and Monika Shergill, VP of Content Netflix India.

The global success of Fauda in India highlights how Netflix brings local stories to global audiences. Netflix will also premiere Khakee: The Bihar Chapter, Qala and Guillermo Del Toro’s Pinocchio at the festival.

Report About Moving In With Saba Azad False: Hrithik Roshan

Over 175 cr Aadhaar authentication transactions this…

UK’s ‘Golden Era’ With China Is Over:…