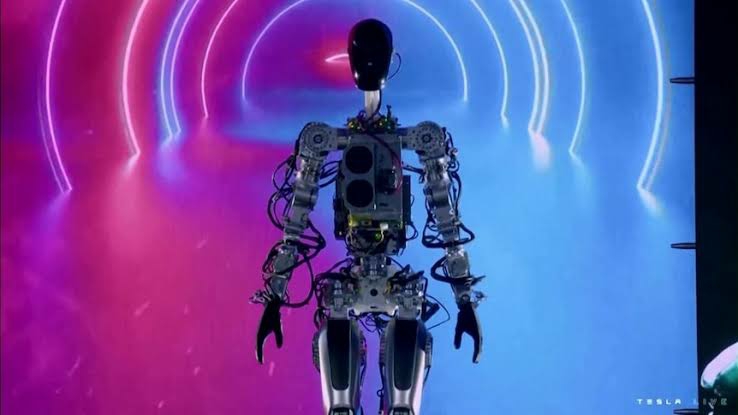 Named “Optimus”, the robot has the same artificial intelligence (AI) software and sensors present in Tesla’s advanced driver assistance system called ‘Autopilot’ and may cost around $20,000.

The billionaire has said a robot business will be worth more than its cars, hoping to expand beyond self-driving cars that have not yet become a reality despite his repeated promises.

A prototype of the robot walked on stage and waved to the seated audience. A video of the robot carrying a box, watering plants and moving metal bars in the automaker’s factory was shown.

The robot contains a 2.3 kilowatt per hour battery pack which is “perfect for about a full day’s worth of work”, runs on a Tesla chip, and has Wi-Fi and LTE connectivity, reports The Verge.

The human-like hands are a “Biologically Inspired Design” that will make the robot suitable for picking up objects of various shapes and sizes at factories and other facilities.

“It’ll be a fundamental transformation for civilisation as we know it,” said Musk.

He said the robot could be priced “probably less than $20,000”, as his team moved a non-walking prototype offstage behind him.

Initially called ‘Bumble C’, the robot will evolve into Optimus in a later stage.

It will be able to carry a 20-pound bag, use tools and have a precision grip for small robots.

The supercomputer used in Tesla vehicles is also being used in the robot.

It is also equipped with wireless connectivity as well as audio support and hardware level security features.