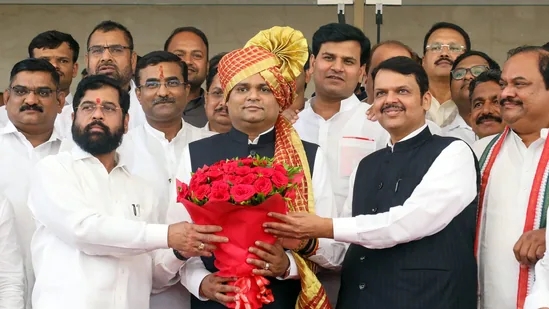 Mumbai: Maharashtra chief minister Eknath Shinde will face the crucial numbers’ test on Monday – the day 2 of the special assembly session. On Sunday, the BJP’s Rahul Narwekar – a first time MLA – was elected as the new speaker of the assembly in another boost for the new coalition government.

Followed by a spell of internal revolt in Shiv Sena, which led to the collapse of the Uddhav Thackeray government, Maharashtra will next see distribution of portfolios as Shinde and his deputy, Devendra Fadnavis, divide duties.

Mr Narwekar last night reinstated Mr Shinde as the Shiv Sena’s legislative party leader and also recognised the appointment of Bharat Gogawale as the chief whip of the Sena.