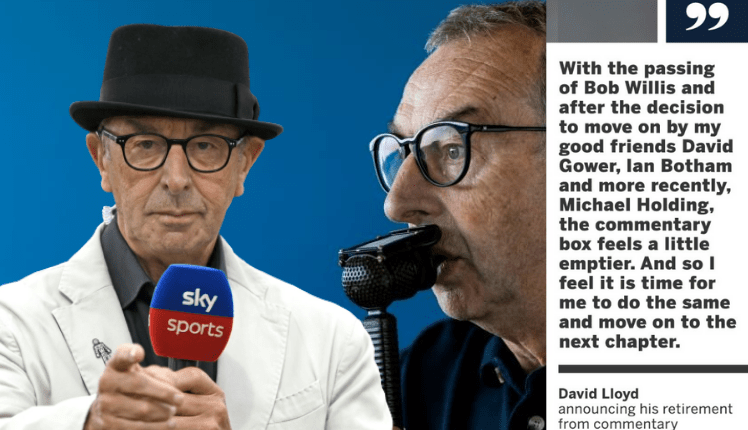 Lloyd was employed with Sky Sports and he was popularly known as ‘Bumble’ by his colleagues. While announcing his decision, Lloyd said that the commentary box feels a little emptier following the departure of David Gower, Ian Botham, and Michael Holding.

“I’ve decided the time is now right to pass on the microphone,” Lloyd said in a statement. “It’s been an immense privilege to try and bring the sport I love into people’s homes up and down the country.”

“Sharing a commentary box in Australia in 2013 with my broadcasting hero Bill Lawry was a real highlight. It has been a great pleasure to work alongside Ian Bishop, Ravi Shastri, Shane Warne, Shaun Pollock, and Ian Smith amongst many others,” he added.

Further in his statement, Lloyd said: “With the passing of Bob Willis and after the decision to move on by my good friends David Gower, Ian Botham and more recently, Michael Holding, the commentary box feels a little emptier. And so I feel it is time for me to do the same and move on to the next chapter.”

“I leave the Sky box now in immensely capable hands led by my pals Michael Atherton, Nasser Hussain, Ian Ward, and Rob Key. To those that follow, cherish that mic. Inform and entertain, so the next generation can fall in love with this wonderful game,” he added.