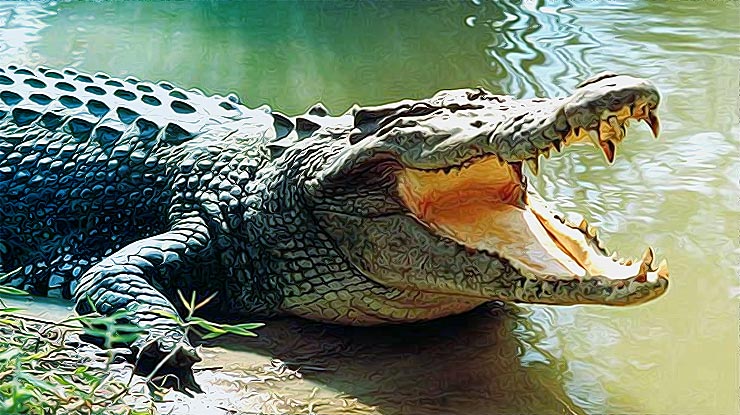 Bhadrak: A 3-feet-long crocodile was rescued from a pond at Sathibati village under Maharampur panchayat in Tihidi block of Bhadrak district after an eight-hour struggle on Wednesday.

According to reports, the matter came to the fore after some locals spotted the crocodile in the village pond and immediately informed the forest officials about the same.

On being informed, the officials along with the fire personnel reached the spot and launched a rescue operation yesterday morning.

The officials drained out the water from the pond by using four motor pumps. The rescue operation continued for over eight long hours and finally, the crocodile was rescued in the evening with the help of locals.