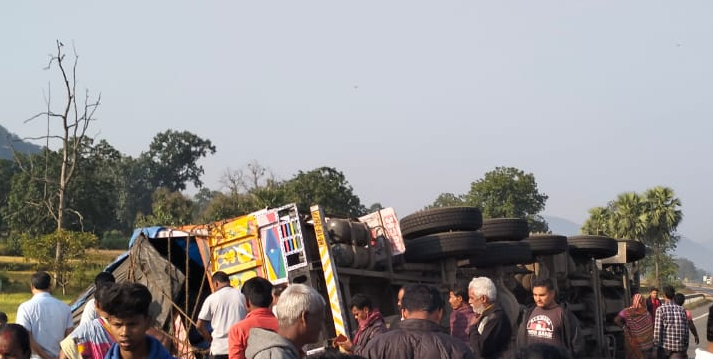 Deogarh: A couple and two bulls were killed in a road mishap on National Highway 49 near Tileibani in the Deogarh district on Thursday.

The deceased persons have been identified as Sarat Sahu and his wife Bisakha Sahu of Asurkhol village.

According to reports, the incident took place while the couple were on their way to their farmland when a speeding truck hit their bullock cart. The truck overturned after hitting the cart. Subsequently, Sarat, his wife and the bulls pulling the cart died in the mishap. However, the truck driver fled from the spot soon after the mishap.

Irate over the mishap, locals stage a road blockade demanding compensation to the family of the deceased.

On being informed, police reached the spot and tried to pacify the people. Further investigation is underawy in this regard.