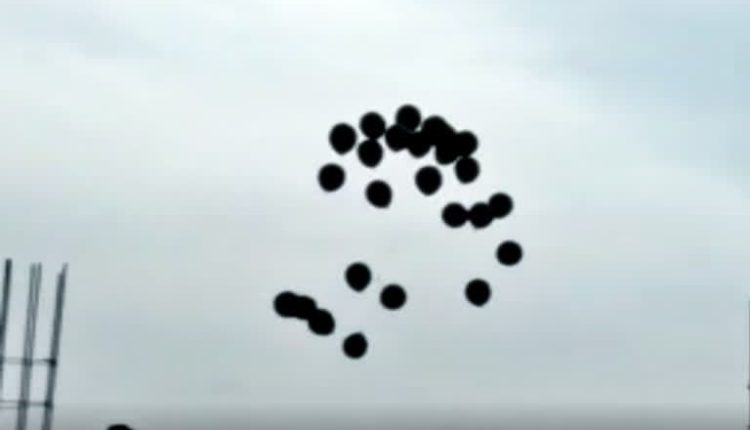 Amaravati: Police have arrested four Congress workers for releasing black flags into the flight path of Prime Minister Narendra Modi’s Mi-17 helicopter moments after it took off from the Vijayawada International Airport (VIA) on Monday. The Prime Minister was heading for Bhimavaram.

While the Special Protection Group (SPG) took serious note of the incident considering it to be a major security breach, the State police denied the claim.

As a precautionary measure, the Krishna district police had also imposed Sections 30 of the Police Act, and Section 144 of the CrPC.

Police said just before the Prime Minister’s arrival, at 8:30 am, three people, Sunkadara Padmashree, Parvathi, and Kishore, were seen walking towards the airport with black balloons.

The police identified them, apprehended the trio, and booked them under Sections 353 (assault or criminal force to deter public servant from discharge of his duty), 341 (punishment for wrongful restraint), 188 (disobedience to order duly promulgated by public servant), and 145 (whoever joins or continues in an unlawful assembly, knowing that such unlawful assembly has been commanded in the manner prescribed by law to disperse) of the Indian Penal Code. The balloons were also burst by the police.