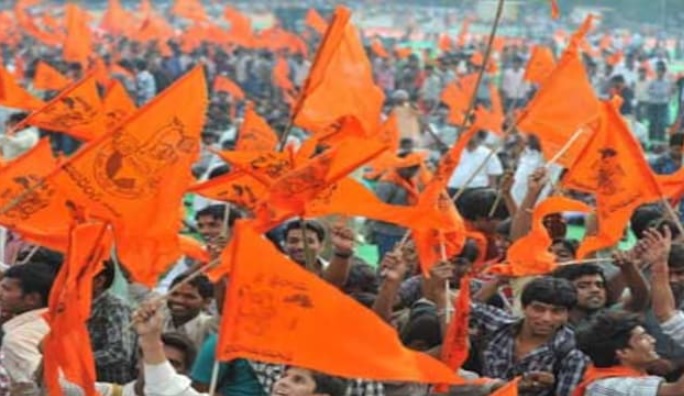 New Delhi: Bajrang Dal activists will hold a nationwide protest on Thursday against the recent incidents of violence over remarks against Prophet Mohammad, the Vishva Hindu Parishad (VHP) announced on Tuesday.

“Bajrang Dal activists will hold a sit-in across all district headquarters on Thursday against continuous attack on Hindus by the Jihadi fundamentalists and submit a memorandum to the President Ram Nath Kovind,” he added.

Protests erupted in several parts of the country against the controversial remarks on Prophet Mohammad.

The row started from a television debate where then BJP national spokesperson Nupur Sharma took part and made a controversial remark about the Prophet.