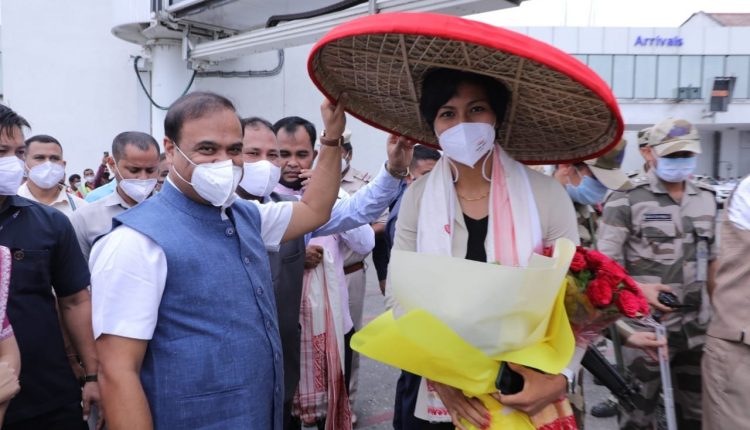 Sarma further announced that the state government will give Lovlina a monthly financial aid of Rs 1 lakh till Paris Olympics.

Rs 25 crore sporting complex will be built in Saupathar in Golaghat district of Assam in Lovlina Borgohain’s name, informed Sarma.

Borgohain arrived in Guwahati on Thursday with a warm welcome as Assam Chief Minister Himanta Biswa Sarma received her at the airport. Borgohain, who clinched the welterweight (69kg) bronze, was then felicitated by the state government in the afternoon.

The 23-year-old from Baro Mukhia village of Assam’s Golaghat district became only the third Indian boxer to finish on the Olympic podium.