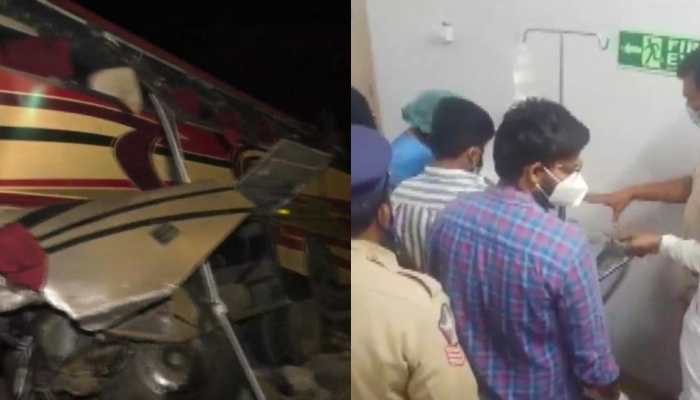 Chittoor (Andhra Pradesh) : At least seven people were killed in a bus accident on Saturday night in Andhra Pradesh’s Chittoor.

As many as 45 people have also sustained injuries in the accident.

According to the Tirupati Superintendent of Police (SP), the driver’s negligence is believed to be the cause of the accident.

According to police, Bus was carrying Bride’s family from Rajendra Nagar of Dharmavaram to attend the engagement, Bridegroom was a native of Narayanavanam of Chittoor District engagement was fixed on March 26, 2022, at Tiruchanoor. The bus was carrying 45 passengers along with Bride from Dharmavaram Ananthapur District.

The bus hit the sidewall and slipped into the valley near Bakarapatet ghat road bus was rolled down into the valley. On receipt of information, police rushed to the spot and immediately swung into rescue operations.

Tirupati Urban SP Venkatappala Naidu, IPS reached the location along with other locals. The injured were rushed to RUIA Hospital in Tirupati in 108 vehicles. Doctors said that the condition of four of them is critical.