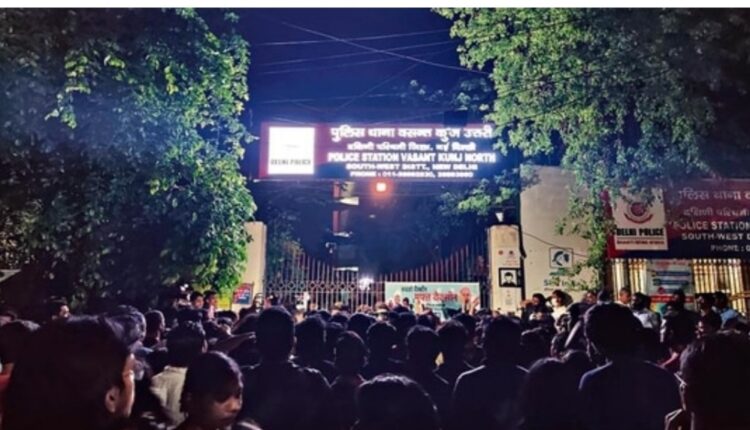 New Delhi: At least six students suffered injuries at Jawaharlal Nehru University after two groups from different outfits clashed over a hostel mess serving non-vegetarian food on the occasion of Ram Navmi on Sunday, according to the police and accounts by students from the two sides who also shared photos on social media.

At least 15 students were injured and taken to hospital. The administration has informed police about the clash.

The Jawaharlal Nehru University Students’ Union (JNUSU) has alleged that the Akhil Bharatiya Vidyarthi Parishad (ABVP) members assaulted the mess secretary and stopped the staff from serving meat dishes in the hostel.

Delhi Police have registered an FIR in connection with a clash.

Around twenty students from both sides – Jawaharlal Nehru University Students’ Union (JNUSU) and Akhil Bharatiya Vidyarthi Parishad (ABVP) – were injured as chaos reigned on the campus yesterday evening. Both sides have accused each other of throwing stones and injuring their members.

Police said the FIR has been registered based on a complaint filed by members of JNUSU, SFI, DSF and AISA early this morning against unknown students belonging to the Akhil Bharatiya Vidyarthi Parishad (ABVP).

After the violence, the JNUSU and ABVP students took out separate marches inside the university campus to protest against the clash.