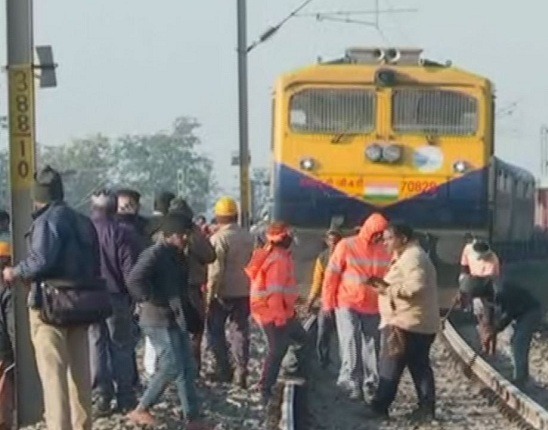 Sundergarh: Two elephants were killed after being hit by a goods train in Rourkela late last night. The pachyderms were crushed to death near Mahipani in Bisra region of Sundergarh district.

Reportedly, a herd of elephants was crossing the tracks when they were hit by a parcel van from Nashik to Shalimar. Two coaches of the train derailed after the impact.

Train traffic was disrupted on Jharsuguda-Chakradharpur down line of the Mumbai-Howrah main railway line. Restoration works have been completed and the running of trains on the route will be resumed soon.

The autopsy of the two dead elephants will begin soon.