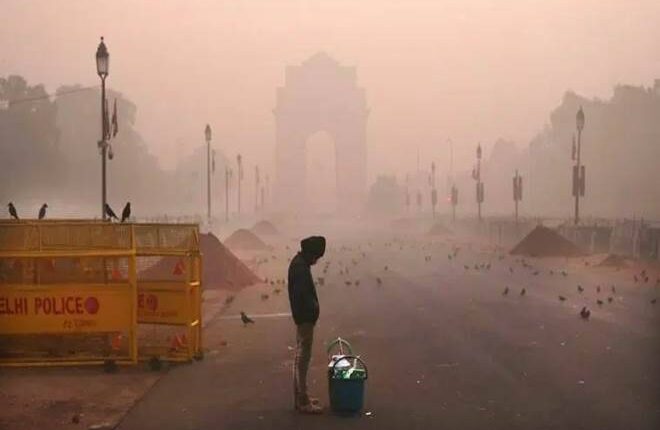 New Delhi: There is a respite in air pollution in the national capital Delhi as the quality of air has improved slightly on Thursday morning.

This is due to favourable wind speed, with the overall Air Quality Index (AQI) standing at 331, according to SAFAR. The city had recorded an AQI of 362, in the ‘very poor’ category, the previous morning.

Reports said that at 6 am on Thursday, the concentrations of the particulate matter (PM) with a diameter of 10 and 2.5 microns stood at 284 (‘poor’ category) and 160 (‘very poor’ category) respectively.

The Central Pollution Control Board said it recorded the air quality 348 in Anand Vihar, 360 in Bawana, 309 in Mathura Road, 310 in Chandni Chowk, 305 in Dwarka Sector 8, 344 in Jahangirpuri and 320 in Sirifort. These areas come under ‘very poor’ category.