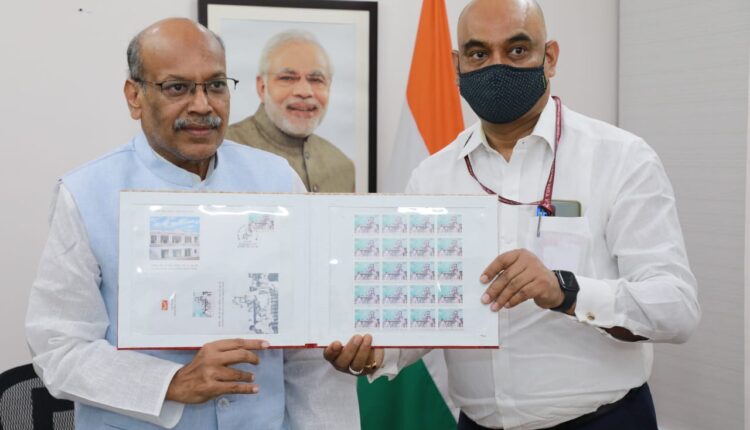 This Commemorative Postage Stamp celebrates an important event of Indian History which is the first visit of Mahatma Gandhi to Odisha on 23rd March, 1921. It energized the Non-Cooperation movement and strengthened the cause of freedom struggle. During the visit of Mahatma Gandhi, large section of youth participated in the movement and women folk regularly spun Charkha and propagated the use of Khadi. Clothes of foreign origin were abandoned. Such was the magical presence of Mahatma Gandhi that Odisha woke up from slumber and plunged itself in the national movement. 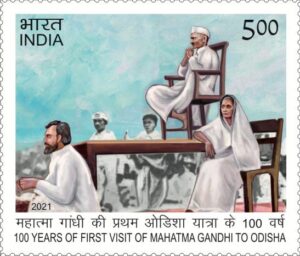 Sanjay Dhotre, Minister of State for Education, Communications and Electronics & Information Technology while addressing the gathering said that today India is celebrating “Ázaadi ka Amrut Mahotsava”. A Postage Stamp to commemorate the important event of celebrating 100 Years of first Visit of Mahatma Gandhi to Odisha is a part of this celebration. In days to come, Department of Posts will commemorate more such significant events of India’s freedom struggle.

Dhotre also spoke about the significance of ‘Ek Bharat Shreshtha Bharat’ initiative which was launched under visionary leadership of Prime Minister Narendra Modi. He said that through this initiative, various states and UTs are paired with each other like Maharashtra & Odisha, Goa & Jharkhand, Delhi & Sikkim and so on. This is done so that they can exchange, learn and appreciate each other’s culture, language, literature, dance art and many other aspects. This will ultimately strengthen the bond of India as a nation. And today’s function will definitely a step in this direction.

The stamp issued today is an inspiration to youth, women, intelligentsia and common folk. The society of today may not be able to comprehend the challenges that the society had faced a hundred years ago in the colonial rule.

The First Day Cover of the Commemorative Postage Stamp portrays the Swaraj Ashram at Cuttack, where Mahatma Gandhi stayed during his first visit to Odisha on 23rd March, 1921.

The Commemorative Postage Stamp, First Day Cover (FDC) and Information Brochure would be available for sale at 76 Philatelic Bureaux situated in every corner of the country as well as can be ordered online via e-post office (Visit: https://www.epostoffice.gov.in/).

Night Curfew In Malkangiri Till March 31; Here Are The Guidelines