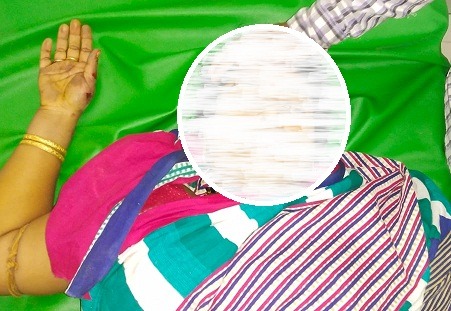 Woman Critical After Being Hit By Truck In Ganjam

Ganjam: A woman was critically injured after being run over by a truck at Sikiri near NH-36 under Hinjilikatu police station limits in the Ganjam district. The injured has been identified as Sujata Dakua (32) from the same locality.

Reportedly, the incident took place, while Sujata was crossing the road when a speeding hit her. The locals rescued and rushed her to Hinjilikatu Sub Division Hospital for treatment.

Later, she was shifted to Maharaja Krushna Chandra Gajapati Medical College and Hospital (MKCG) as her health condition deteriorated.

On being informed, police reached the spot, seized the truck, and detained the accused driver. The cops launched a probe in this regard, sources said.