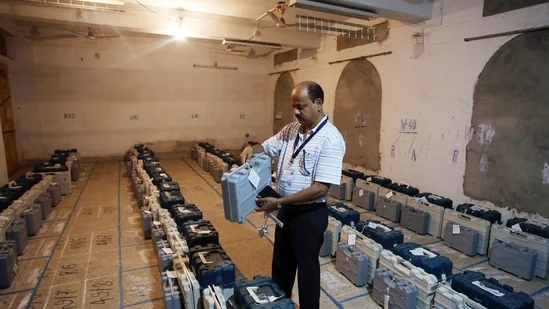 New Delhi: Delhi, Tripura, Uttar Pradesh, Punjab, Jharkhand, and Andhra Pradesh – are witnessing polling on Thursday for three Lok Sabha and seven assembly seats. It’s a prestige battle for the Aam Aadmi Party in Punjab and Delhi where it already has its government. Also, Tripura chief minster Manik Saha is among the key candidates in the bypolls.

Manik Saha is facing the crucial polls weeks after he was picked as the Tripura chief minister. He had replaced Biplab Deb, whose term was marred with controversies. The election also holds significance as it comes just months ahead of the assembly polls due in the northeastern state. He is contesting for the assembly seat of Town Bordowali. Agartala and Surma are other seats where by-elections are being held. Voting began at 7 am.

In Delhi’s Rajinder Nagar, assembly bypolls are being held after the AAP’s Raghav Chadha was chosen as the Rajya Sabha MP. Both the BJP and the AAP have battled hard to gain the voters’ attention. Several union ministers have been involved in the campaign.

In Punjab, more than 15 lakh voters are set to cast their votes for the seat that chief minister Bhagwant Mann has won twice earlier. This is also the first election that the AAP is facing after Sidhu Moose Wala’s death. Questions were raised on the law-and-order state in Punjab.

In Uttar Pradesh, bypolls are being held for two Lok Sabha seats – Azamgarh and Rampur.