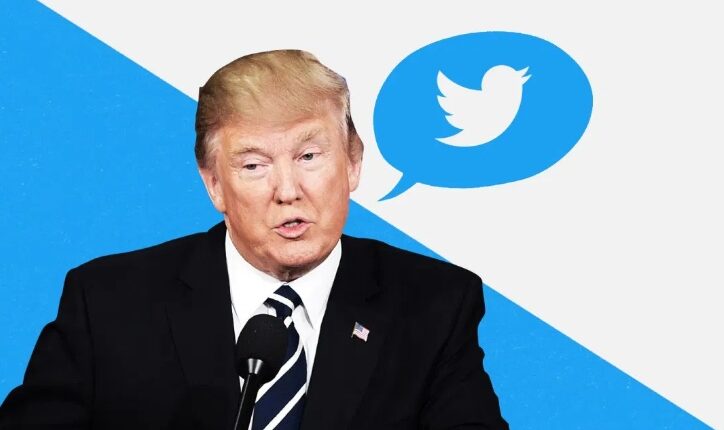 Washington: Twitter has now banned President Trump from its site, a punishment for his role in inciting violence at the U.S. Capitol this week, robbing him of the megaphone he used to communicate directly with more than 88 million supporters and critics.

“After close review of recent Tweets from the @realDonaldTrump account and the context around them we have permanently suspended the account due to the risk of further incitement of violence,” Twitter said.

“In the context of horrific events this week, we made it clear on Wednesday that additional violations of the Twitter Rules would potentially result in this very course of action.”

Twitter’s decision followed two tweets by Trump Friday afternoon that would end up being his last.

The tweets violated the company’s policy against glorification of violence, Twitter said, and “these two Tweets must be read in the context of broader events in the country and the ways in which the President’s statements can be mobilized by different audiences, including to incite violence, as well as in the context of the pattern of behavior from this account in recent weeks.”

“The 75,000,000 great American Patriots who voted for me, AMERICA FIRST, and MAKE AMERICA GREAT AGAIN, will have a GIANT VOICE long into the future. They will not be disrespected or treated unfairly in any way, shape or form!!!”

The second indicated Trump did not plan to attend Joe Biden’s inauguration.

“To all of those who have asked, I will not be going to the Inauguration on January 20th.”

Twitter had resisted taking action against Trump for years, even as critics called on the company to suspend him, arguing that a world leader should be able to speak to his or her citizens unfettered. But Trump’s escalating tweets casting doubt on the 2020 election — and the riot at the U.S. Capitol his comments helped inspire — led the company to reverse course.

Trump accused Twitter of conspiring with his political enemies “to silence me,” after the social media platform permanently suspended his account.

Over 200 Sacks of Paddy Gutted In Fire In Balasore