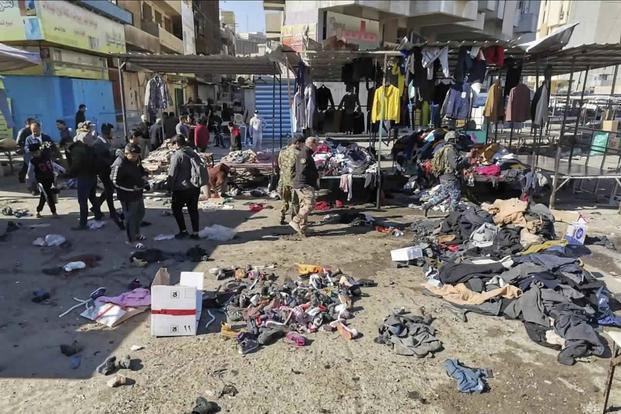 Baghdad: At least 28 persons were killed in twin suicide attack in Baghdad market on Thursday, the first such attack in years, Iraq’s civil defence chief said.

Reports said two attackers wearing explosive vests blown themselves up among shoppers at a crowded market place in Tayaran Square in central Baghdad.

No one has claimed responsibility so far.

Suicide bombings were once common in Baghdad but have been rare in the Iraqi capital since Islamic State was driven out. The last deadly suicide blast in the city, also at Tayaran Square, killed at least 27 people in January 2018.

A street vendor who was standing nearby said the attacker pretended to be sick and then blew himself up and tore people to pieces.

Reports said Iraqi forces continue to fight remaining Islamic State militants and are working to secure the border with Syria.