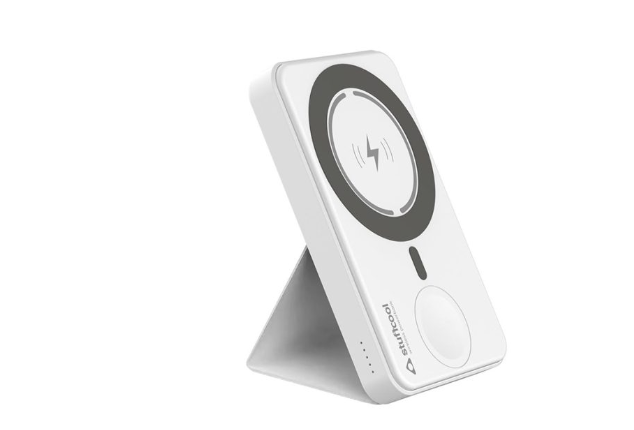 New Delhi: Stuffcool PB9063W 5,000mAh Magnetic Wireless Power Bank has been launched in India. The new gadget is a 5,000mAh Wireless Powerbank that is built to offer additional charging to the user’s various gadgets. So let’s have a look.

The newly launched Stuffcool PB9063W 5,000mAh power bank is priced at Rs. 3,999 in India, and is available to buy through the company’s online store as well as on Amazon. At this price, the Stuffcool PB9063W is considerably more affordable than Apple’s own MagSafe Battery Pack and competes directly with options in the segment from brands such as Ambrane and Anker.

With support for the Qi wireless charging standard, the Stuffcool PB9063W can be used with a wide variety of supported products, including smartphones and earphones from various brands. However, the primary use case is designed around Apple products, which can use the magnetic locking mechanism compatible with Apple’s MagSafe standard.

The power bank can therefore be attached to compatible iPhone models and remains in place during use while the device charges. It also has a stand that allows the PB9063W to be mounted upright for ease of use when charging a device. There’s also a USB Type-C port for input and output, as well as a Lightning port for input, with 20W USB PD charging supported through the Type-C port.

The magnetic latch works with select iPhone and AirPods models, including the new AirPods Pro (2nd generation), while the dedicated Apple Watch charging module can be used to simultaneously charge an Apple Watch or compatible AirPods while charging an iPhone.

The rated capacity of the PB9063W power bank is 5,000 mAh, and Stuffcool claims it can charge an Apple iPhone 14 Pro (Review) up to 80 percent when using wireless charging, and up to 100 percent when using wired charging. Wireless charging up to 15W is supported for Apple iPhone devices, while the Apple Watch charging module has a maximum power of 2W.

Best Asanas To Strengthen Your Bones

Banaka Lagi Ritual Of Holy Trinity: Puri Srimandir To Be…