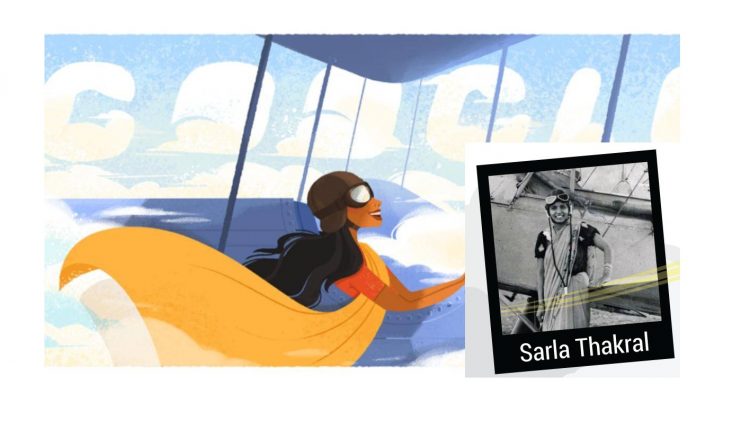 New Delhi: Google on Sunday dedicated a doodle to Sarla Thakral, India’s first woman to pilot a flight, on the occasion of her 107 birth anniversary.

Sarla Thukral was India’s first-ever woman to take to the skies.

Thakral was born on August 8, 1914 in Delhi, British India, and later moved to Lahore in present-day Pakistan. She was an Indian pilot, designer and entrepreneur.

She got an ‘A’ grade license after 1,000 hours of flying, making history as she was the first one to do so.

She was just 21 when she got her aviation license and in the same year she flew the Gypsy Moth (an aeroplane named after the insect).

She goes down in our history as a badass woman who chased her ambitions, was obsessed with the high skies and would let nothing coming in the way of her journey.

Married at the tender age of 16, Sarla Thakral was mother to a 4 year old when she created history. In pre -partition times, the young woman took off in the two-seater plane in 1936 in Lahore.