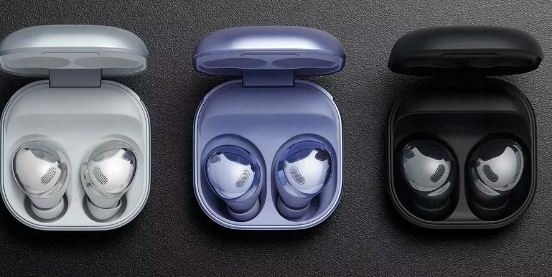 The Samsung Galaxy Buds Pro features an in-canal fit design for better passive noise isolation. This is also said to assist in providing better active noise cancellation. Each earpiece has three microphones with two on the outer while one on the inside of the earpiece. Along with these it also comes with a separate voice pickup unit and a windshield.

For detailed sound, the earbuds have a two-way driver system that combines an 11mm woofer with a 6.5mm tweeter within the driver casing. The features of the buds can be further customized using the Galaxy Wearable companion app. The app lets users adjust the equalizer, active noise cancellation settings, and much more.

The earbuds also come with intelligent active noise cancellation. Using it the buds can quickly switch between ANC and Ambient Sound mode. The company also claims the buds can cut the external background noise by up to 99%. There are also 4 adjustable levels of noise cancellation as well. Along with this, the buds reduce playback volume as soon as the user speaks. This is very similar to the speak-to-chat feature present on the Sony WH-1000XM4.

The earbuds have several features designed to work best with Samsung Galaxy devices. Both smartphones, as well as tablets, work better with earbuds. There is a new ‘auto-switch’ feature that allows the earphones to maintain a simultaneous connection with two Galaxy devices. This allows users to easily switch between in situations such as when music is being played through the tablet while a call comes then using this feature the user can easily switch devices.

Apart from this, the earbuds also have 360 Audio with Dolby Head Tracking technology for a spatial audio experience that reacts to the user’s head movements. The buds also come with various sensors such as Accelerometer, Gyro, Proximity, Hall, Touch, and Voice Pickup Unit (VPU).

Samsung has also provided a huge battery with the earbuds. Samsung claims the earbuds can deliver up to 8 hours on the earpieces with active noise cancellation off and 5 hours with it on. Along with the charging case, the total battery life is claimed to be up to 28 hours with ANC off and with it on up to 18 hours.

The charging case of the earbuds can be charged using a USB Type-C port provided with it. It also supports Fast Charging using which the earbuds can provide 1 hour of playtime by just charging for 5 minutes. Along with it, the case also supports Qi wireless charging. The earbuds are also IPX7-rated for water resistance. The earbud measures 19.5 x 20.5 x 20.8 mm and weighs just 6.3 grams apiece while the charger weighs 44.9 grams.

Natural Ways To Get Quick Relief From Itchy Skin Allergies