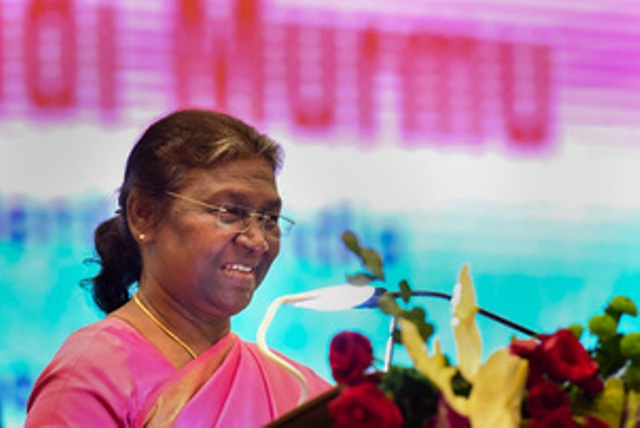 Amaravati: President Droupadi Murmu on Sunday hailed the contribution of people from Andhra Pradesh towards the country’s development, and advised students to tread a fine balance between following traditions and embracing the modern world.

Murmu addressed a gathering after being welcomed at a civic reception hosted here on her first visit to the state upon becoming President.

“In line with the National Education Policy-2020, our students should earn an eminent place in the modern world while continuing our traditions. Eminent scientist Dr Yallapragada Subba Rao did this a century ago,” she noted.

The President recalled the life of Dr Subba Rao who went to the Harvard Medical School in 1922 to pursue pharmacy and biochemistry.

“He made great contributions in this field. His research led to discovery of many life-saving medicines. He was also interested in Ayurveda,” the President said.

She pointed out that Andhra Pradesh had a leading role in the development of modern science and technology in independent India.

“People of Andhra Pradesh have enhanced the country’s reputation in science and technology, especially information technology. The Telugu diaspora has an influencing role across the world, with majority of them being technology professionals,” she said.

The President hoped people of AP would continue their extraordinary contribution in the nation’s development and wished them a golden future.