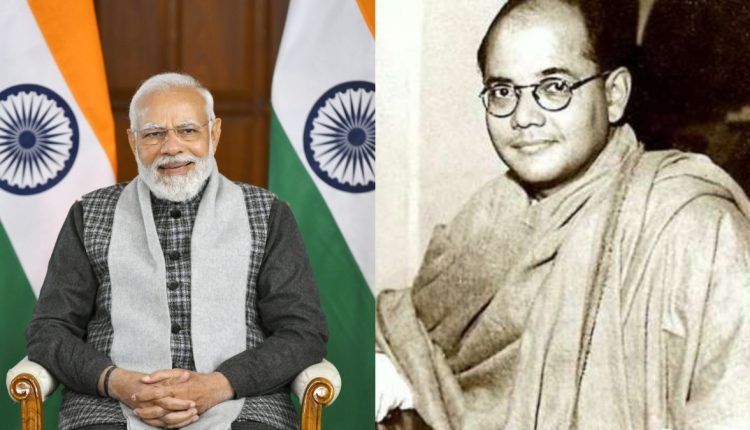 New Delhi: Prime Minister Narendra Modi will virtually participate at an event to name the largest unnamed islands of Andaman and Nicobar Islands after 21 Param Vir Chakra awardees on the ocassion of the Parakram Diwas. He will inaugurate a model of a proposed memorial dedicated to Netaji Subhas Chandra Bose in Andaman and Nicobar Islands to commemorate the freedom fighter’s 126th birth anniversary. The Government had declared January 23 as Parakram Diwas in 2021 to commemorate the birth anniversary of Netaji Subhas Chandra Bose.

According to an official release from the Prime Minister’s Office (PMO), PM Modi would also unveil the model of the National Memorial dedicated to Netaji to be built on Netaji Subhas Chandra Bose Dweep. The Ross Islands were renamed as Netaji Subhash Chandra Bose Dweep by the PM Modi during his visit to the Island in 2018. Other than this, Neil Island and Havelock Island were also renamed as Shaheed Dweep and Swaraj Dweep.